Join us for an interactive adventure through the realms of House & Bass Music!

We are hyped to present the launch party of our brand new venue: Cymatics @ H – Hotel. We are thrilled to be moving to this spectacular new underground venue – complete with meaty soundsytem, low ceelings and great production.

To help us break in the new venue, we have the one and only WOZ (Black Butter Records, Zoo Music) flying in to drop one of his now legendary sets.

PLUS – We have just confirmed that Orifice Vulgatron of Foreign Beggars will be manning the mic – providing the hype to this show!

Five years ago, Ashley ‘Woz’ Westlake debuted on Black Butter Records. Submitting his remix of RackNRuin ‘Territory’ to a competition, his entry blew the label away prompting them to sign his debut EP ‘Seen’ on the spot. The next few years with the label were hugely successful, being featured in Rolling Stone following a collaboration with Childish Gambino on a one-off 80s electro-themed remix for Rudimental, and culminating in ‘Cherry Hill’ ft. Max Marshall; a track which received widespread radio & club support across the board from specialist to daytime Radio 1 plays.
More recently 2015 saw Woz delve into a number of different ventures, exploring an analogue sound he’d been developing over the past three years and solidifying a new direction. Teaming up with Troy Gunner, they started a collaborative project under the moniker WxT, which was picked up by Mak & Pasteman and put out via their label Materials. His solo music was also released through Monki’s Zoo Music, showing this new and refreshing direction is proving to be very popular.

Well known for his music curation and DJing, he’s also had a busy couple of months on the road. Ending 2015 with an Asia tour and seeing him embark on an Australian tour at the beginning of this year, as well as being booked for a number of one-off shows, his skills on the decks have allowed him to open up new audiences across the globe and showcase this revised sound

We love Tuesdays feat DJ Will

Bagatelle pres. Le Mardi J’adore for the French at heart 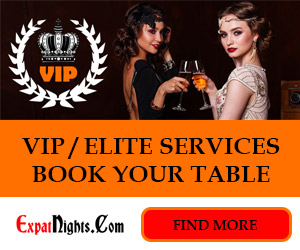